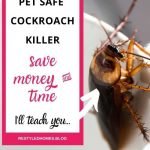 What is the best pet safe roach killer?

Now, there are plenty of DIY home recipes claiming to be effective against roaches, ants, and other insects; however, do they really work?

We found both Borax as well as Diatomaceous Earth to be the two best pet-safe roach killers.

Both options are non-toxic to humans and animals, non-cancer-causing, and pet safe. Keep reading to learn more.

As an affiliate partner of various brands, we earn commissions on qualifying purchases Disclosure.

What Pest Control Is Safe For Pets?

Don’t you hate it when an uninvited pest makes its way into your home? Of course, they bring their whole gang along.

If you are a pet parent, you’ll need to do some research since your weapon of choice can be toxic to your furry friend.

Hence a pet safe roach killer is your only option.

A top and pet safe roach killer which is recommended by professionals is Diatomaceous Earth. Your pets can ingest this product without causing them any harm, as it is non-toxic.

Side Note: When pesticides are found in pets, Diatomaceous Earth is used as the ingredient to treat the animal.

Diatomaceous Earth is made up of diatoms, which are the remains of algae organisms that lived in fresh bodies of water. These fossilized skeletons contain silica.

Over time the diatoms settled at the bottom of oceans, lakes, and rivers, which are then mined and produce into a fine powder. Its consistency is similar to baby powder.

How Did I Learn About Diatomaceous Earth?

I was introduced to this product by a pest control company.

True story, when moving, a relative of mine rented a storage unit; however, the previous tenant had bed bugs!

The nightmare battle with bed bugs went unsuccessfully treated for one year.

It was only after the third pest control company treated the property, and some furniture was replaced that the problem was corrected.

The previous two companies used heat and pet safe products, but the infestation resurfaced both times within weeks.

When the third pest control company was hired they initially used professional-grade chemicals.

After finishing their initial application, they place Diatomaceous Earth around the perimeter of all rooms in the home and left the bag of product behind for my relative to reapply if needed.

THIS IS IMPORTANT: They removed the electrical receptacles to ensure any pest living within the walls would be killed.

Not only is this product a pet-safe roach killer, but it also works on bed bugs, ants, and most household insects.

The property was free of all signs of insects from that point on.

Not even ONE ant! 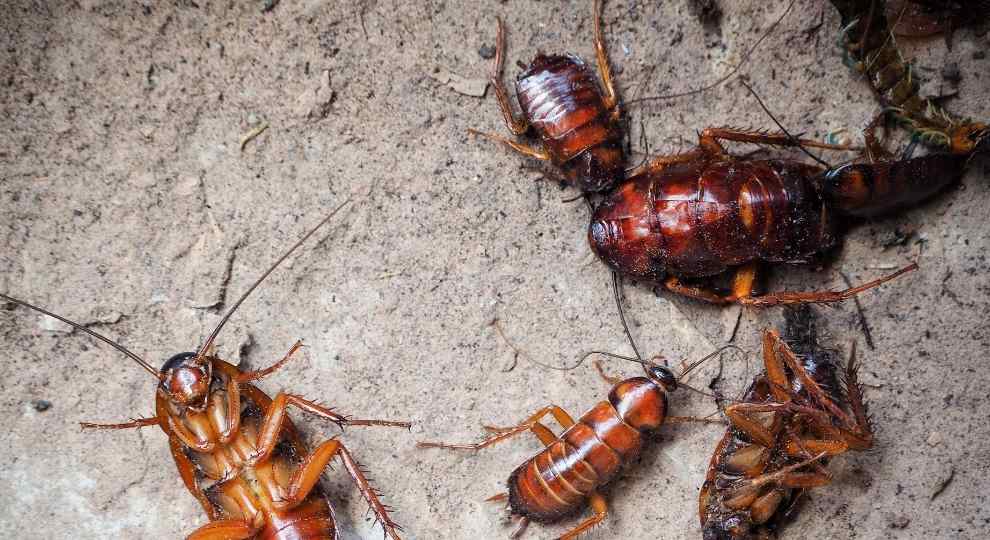 It is by far my top recommendation!

By the way, I tried calling the storage facility headquarters for the homeowner to file a complaint and claim.

The short story is that even if you can document the issue with receipts and doctor visits to show the timeline, that isn’t enough to prove it.

In other words, how do you prove it wasn’t the place you just moved into, or bed bugs made their way into the home from a purchase.

Why were we sure that the storage place was the culprit? The furniture was placed in the POD and held at a storage facility for three weeks during the sales of two properties.

After paying for a $2,500 heat treatment to remove the bed bugs, everyone wondered why the number one recommended treatment failed.

So, a worker took apart a piece of furniture only to find that bugs were living in the joints of the wood furniture.

An infestation of that nature takes time. Hence there is no other explanation than the timeline of the furniture sitting in an infested storage unit under humid conditions for three weeks.

What I will say is a few of their employees stated it as a common issue. My relative spent about $8,000 in the process and lived through a nightmare for one year.

My advice…inspect the moving truck you are renting. 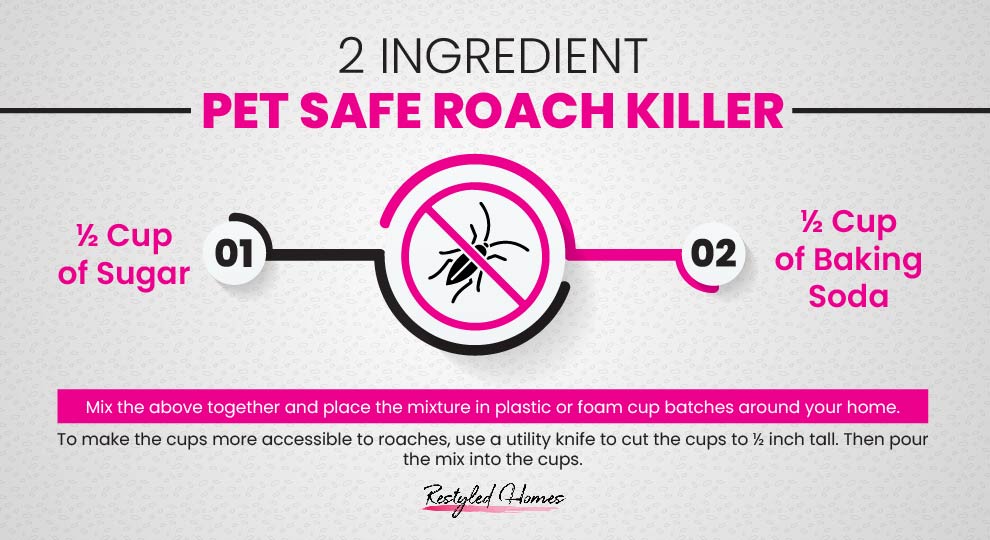 Where Can Diatomaceous Earth (DE) Be Purchase?

One word of caution, please use only food-grade Diatomaceous Earth since that’s the one that is non-toxic to pets.

Lastly, this product is also sold for use in pools; however, that product is chemically treated and should not be purchased.

To use sprinkle a coating on surfaces where cockroaches have been seen or maybe hiding indoors.

Is Roach Spray Safe For Pets?

The most popular and effective Raid roach spray is made up of plant-based essential oils, which include lemongrass.

Therefore, if it is used as directed, it is safe to use around children and pets. It works on roaches, ants, flying and crawling insects.

Sprays are generally best used to treat insects you can visibly see. It’s best to used both sprays and roach traps to eradicate those roaches quickly. 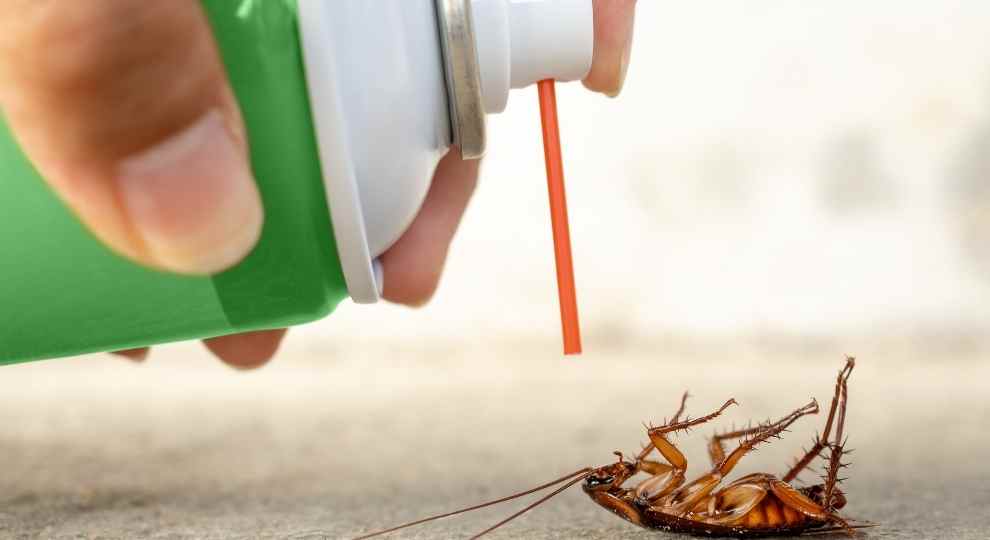 The baiting stations should be placed in areas that are unreachable to pets.

Yes, if they eat it.

For Borax to work as a pet-safe roach killer or inspect killer, the pest needs to ingest it. Borax is part sodium AKA salt, and once swallowed, it dehydrates the roach.

Cockroaches are known to dehydrate quickly. Therefore, the cockroach does not have to eat much of it to die.

Can you use the same recipe for Borax to kill ants – for roaches? Yes.

Does Borax kill the roach instantly?

No, after traveling over the Borax, the powder will coat the cockroach’s legs. Once it returns to its hiding place, it will begin to eat the borax dust off its body, at which point the dehydration will begin.

It is not uncommon for pest killers to work by dehydrating the insect, which is why many roaches and ants seek a source of water.

Boric Acid works in a similar way as Diatomaceous Earth, and both can be used as pet-safe roach killers. 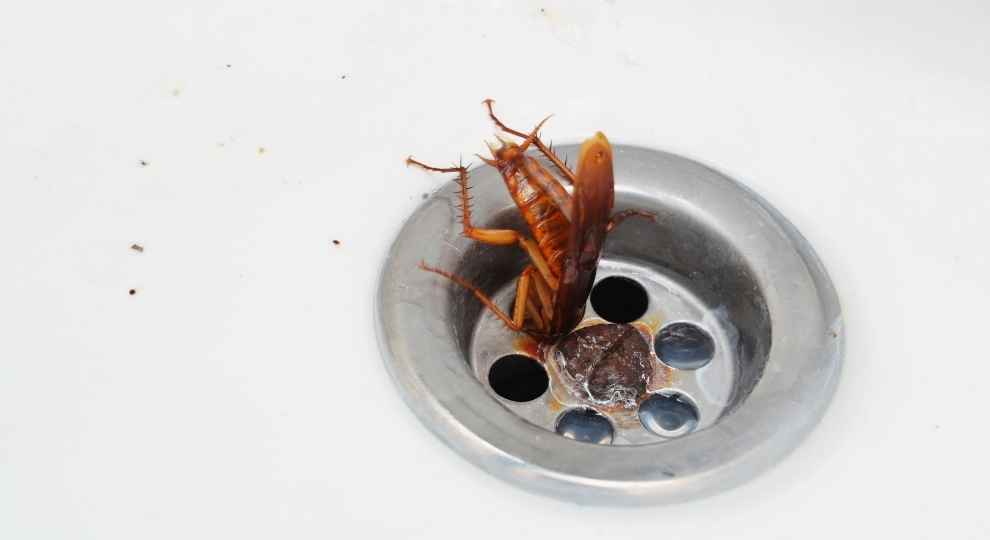 Cockroaches thrive in dark and warm hiding places, so bait your stations accordingly. Don’t assume that roaches only live in unkempt houses.

Roaches are a sneaky pest that will find the tiniest openings and cracks to make their way into your home.

By the way, according to Orin, who is an expert on American cockroaches, the life cycle of a roach is about one year.

For those of you that want to test out a simple DIY Cockroach Killer, here’s one that only requires two ingredients. You’ll want to use a one-to-one ratio.

Mix the above together and place the mixture in small batches around your home. An easy way to do this is by placing the mixture in plastic or foam cups.

To make the cups more accessible to roaches, use a utility knife to cut the cups to ½ inch tall. Then pour the mix into the cups.

How Does Baking Soda Get Rid Of Roaches?

Baking soda is effective at getting rid of roaches because once eaten, it disrupts the roaches’ digestive system, causing them to die.

Essentially, baking soda creates a gas inside the roaches stomach which leads to the stomach exploding, resulting in death.

It’s an ideal option as it’s a natural and non-toxic way to kill them. Baking soda and sugar also don’t leave any harmful residue, which is why it’s a popular choice for pest control that won’t affect your lovable pets at home. So, don’t be hesitant to try out our DIY roach killing concoction above!

My takeaways are the following. If you’re seeking an effective yet pet safe roach killer, purchase Diatomaceous Earth.

Second, keep your home tidy as leftover food can attract cockroaches, ants, and other crawling insects. Make it a regular habit to update baiting stations to prevent future infestation.

So, if you’ve got some roaches invading your home, but furry friends living with you too, don’t worry!

You’ve now got a few ideas for a pet safe roach killer in your arsenal, and you can say goodbye to those intrusive pests with peace of mind your loveable pets won’t be affected.

What to read next: 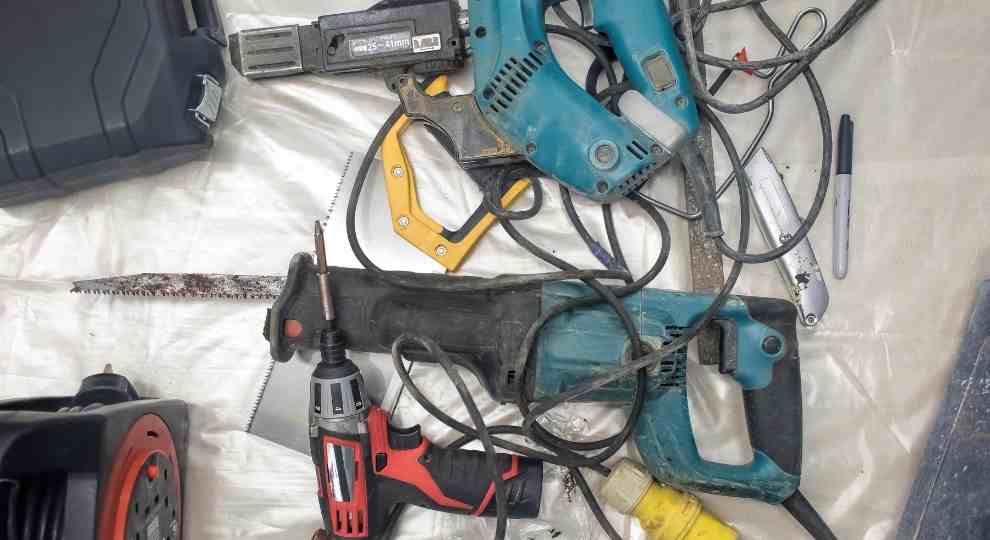 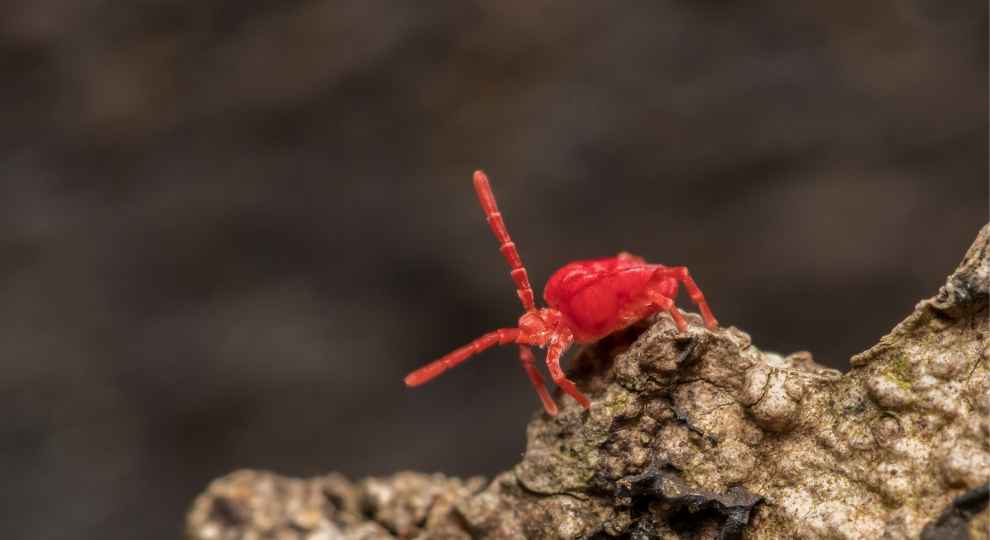 How To Get Rid Of Tiny Red Bugs? 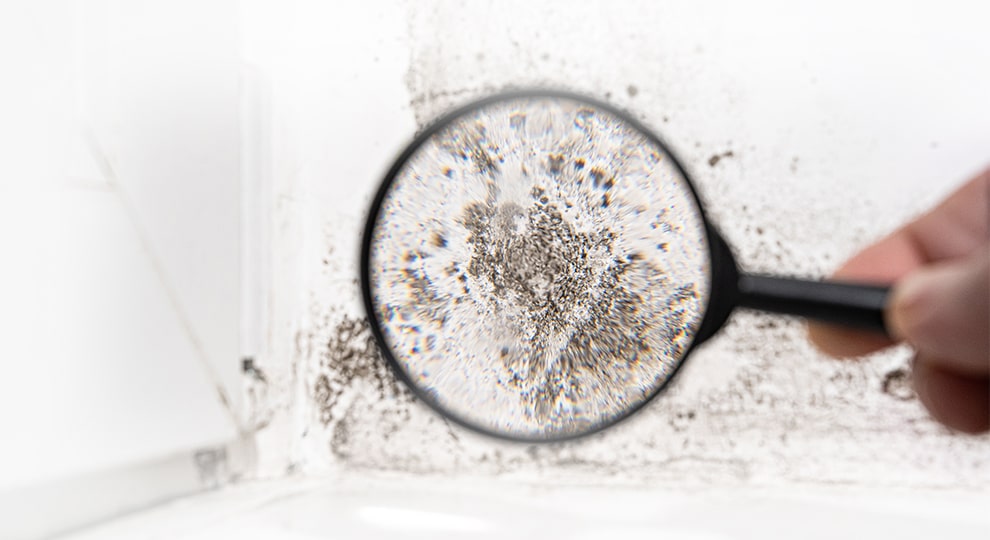 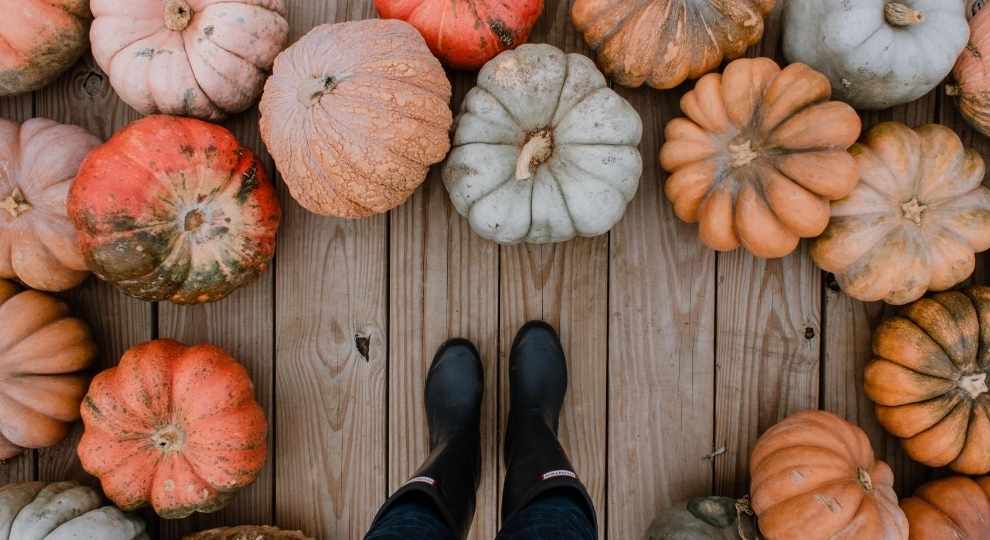 Trendy Pumpkin Painting Ideas You Have To Try Now!

We hope you feel empowered to create a home that’s unique to you!

Don’t be shy about dropping your questions